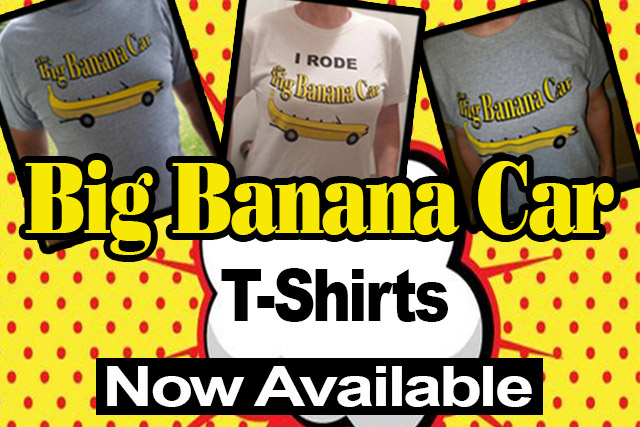 If you like the car, you will love the shirt. Order an official Big Banana Car T-Shirt!

Scroll down all the way to see all styles and sizes….